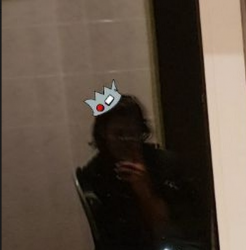 Kaeya is one of the most beloved characters in Genshin Impact, with his witty remarks and overall flair being the driving point behind his love from fans. In this Kaeya Genshin Impact guide, you can expect to see an in-depth review of Kaeya, and below I will note down what can be expected from this article.

Kaeya is well, Kaeya… being eccentric and very difficult to read are key components of his personality. He absolutely loves putting both his allies and enemies into difficult situations and often goes out of his way to make the situation more complex to test the moral compass of those around him.

A brief summary of Kaeya

As with all Genshin characters, we shall quickly cover the basics and move on to the more essential aspects such as team building and so on.

Below is a breakdown of Kaeya:

Kaeya is a very versatile character since he can take almost any role in a team comp. Since I am in the latter stages of the current version of Genshin Impact. I mainly use Kaeya for exploration purposes when I have to make Cryo bridges over water to cross over to my destination.

The Cryo from his elemental skill Frostgnaw is much stronger and more suitable for ice bridge formation in comparison to most Cryo characters. However, in the early stages of Genshin Impact, Kaeya was one of my undroppable characters because of his contributions to the team.

My team contained the Anemo Traveler as Main DPS (controversial, I know), Kaeya as Sub DPS, Xiangling as Support, and Noelle as my Shielding and Healing unit.

This team overcame most of the early game bosses and quests; then, during the mid-game, my team evolved to Keqing as Main DPS, Kaeya as Sub DPS, Xiangling as Support, and Raiden Shogun as Support.

For his ascension, Kaeya requires items that are found in Mondstadt. This makes it easier for early game players since gathering his resources would be much easier when compared to characters from the Inazuma region because players would have to wait until the region is made available through the Archon quest.

to ascend Kaeya to level 90 you will need the following character ascension materials:

Kaeya’s talents are primarily beneficial for him; they revolve around his Elemental Skill, which is excellent because it is a move with a pretty short cooldown.

Through “Glacial Heart,” additional energy particles are generated for the team, which would be beneficial when dealing with enemies that do not produce many energy particles.

In order to ascend Kaeya’s talents up to level 10, you will need the following materials:

The Spirit locket of Boreas can be obtained from the weekly trounce domain boss Lupus Boreas.

As with all characters, unlocking constellations provides additional benefits which can improve the gameplay of some characters.

In Kaeya’s case, unlocking the second constellation and the sixth constellation would make him extremely powerful. This would give him an edge over most cryo characters.

Kaeya, as a main DPS character, would benefit immensely from the additional constellations:

Since Kaeya is a sword user, we have an abundance of weapons available, both 4* and 5*. Due to his versatility, he can use both free to play weapons and high tier Gacha weapons as well.

In general, I would recommend using Kaeya with a weapon that is either 4* or above since this will help boost the team.

*The weapons will be listed from top to bottom, going from the most compatible to compatible but can do better.*

All of the above weapons are compatible with Kaeya. However, if players do not have these weapons, any other weapon would do until a suitable replacement can be obtained.

Another free to play friendly option would be the “Harbinger of Dawn”. Although it is a 3* weapon, this weapon is free, and it compliments Kaeya’s playstyle very well.

As for artifacts, if the RNG gods do not bless players, this could be a very time-consuming endeavour, as most end game players would know. It can take months to obtain the perfect artifact set for characters, especially if they need a four-piece set to unlock a particular bonus. In Kaeya’s case, we can use Blizzard strayer as a four-piece set or even a two-piece set as long as another two-piece set accompanies it.

Most of these artifacts require a lot of time and patience in order to obtain the perfect substats, which I will list below. However, in terms of how to get the above mentioned artifacts:

Recommended Artifacts and how to use them

Since Kaeya is more suited to be Main DPS or Sub DPS, most of his artifact stats will revolve around damage or attack amplifying stats. Stats such as HP%, DEF, DEF%, and Energy recharge would not be as beneficial as the stats listed below.

Players could also benefit from his Elemental Mastery since it would help with most Melt or Freeze comps and elemental reactions, but this is not a crucial substat, and it is solely based on the player’s preference.

Early game players could use Artifacts such as Berserker or The Exile since they are complementary to Kaeya’s playstyle.

Most players use a Berserker and Dawn Harbinger combination as Kaeya’s build in the early game. 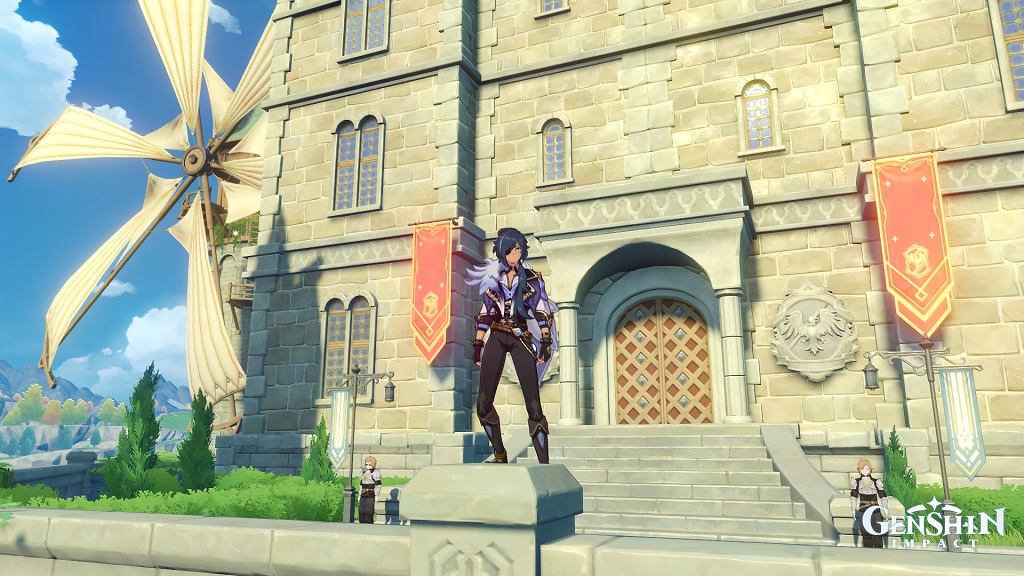 All players obtain Kaeya for free at the start of Genshin Impact. Due to this, he has been integrated into many team comps because of how easy and adaptable he is.

For most players who have not been blessed with strong DPS Cryo characters (myself included), Kaeya is viable if not one of the best alternatives.

Below, I will compile some of the team comps that I would recommend, accompanied by my reasoning for the suggested team builds.

Since Kaeya is a day one character, he would most likely lead the charge for most new and strictly free to play players. Due to his abilities as both Main DPS and Sub DPS, rotating him within the squad is relatively easy. I would list the Main DPS team and a Sub-DPS team; players can select or modify the suggestions to include their preferences.

The Main DPS team is mainly for Kaeya mains who want to run a tank through the world of Teyvat. By using Kaeya in these team comps, players can utilize him in instances where Cryo or high damage characters are essential while gaining support from the entire team.

As with all characters, there are things to keep in mind when using Kaeya during combat and while exploring Teyvat. Even though Kaeya is one of the least complicated characters in Genshin Impact, he too comes with a few key points.

1. Not using his Elemental skill and Elemental burst at the right time:

2. Players may opt to use mobility based characters or swim in order to cross large masses of water; however, Kaeya is a viable option for players who lack mobility based characters. Since he can freeze the water immediately in front of him through his skill move, it forms a small ice bridge. If players use Kaeya with Sacrificial Sword as his weapon, it could mean much faster and safer movement than swimming.

3. Kaeya can also successfully take care of Pyro based obstacles in domains or subdue the Flaming Flower Stamen in order to collect it.

4. Players may forget that Kaeya’s Cryo application is quite strong; if coupled with Xingqiu, then players might be able to build a long-lasting Freeze unit. This Freeze unit would be beneficial when players attempt to complete the Freeze based achievements in Genshin Impact.

How to Obtain Kaeya?

Question: Are Kaeya and Diluc brothers?

Question: Which character is better, Kaeya or Chongyun?

Answer: This depends on the position players would like to slot in, either Kaeya or Chongyun, since Kaeya can be both Main DPS and Sub DPS while offering an exploration boost through the stamina conservation talent and longer-lasting ice bridges. He is pretty reliable since he feels like an all-rounder. Chongyun has more significant potential to be a Main DPS and allow better Freeze or Melt comps since his elemental mastery is higher.

Question: Why is Kaeya keeping an eye on Albedo?

Answer: Kaeya seems to have either admiration or interest in Albedo. This may not be flirty, but it does make sense as to why he would find Albedo interesting since the Kreideprinz also has Khaenri’ahn origins. It could be a “Birds of a feather flock together” situation or something completely different. Coincidently, they can work very well together in team comps.

Question: How did Kaeya get his vision?

Answer: After the death of Crepus at the hands of his own delusion, Kaeya and Diluc fell off. This was because Kaeya arrived too late to the scene, which resulted in him not being able to save his adoptive father. Afterward, Kaeya revealed his true identity as a secret agent from Khaenri’ah to Diluc. This confrontation led to a fierce battle between the two brothers, and in the midst of the battle, Kaeya felt a surge of elemental energy coursing through his body.

According to Kaeya’s story in Vision; Friendship Lv. 6: “Bitterly cold and brittle elemental energy burst forth from the tip of his sword to meet Diluc’s searing flames head-on. The clash of crimson fire and azure ice created a sudden swirl of wind that stunned them both. This was the grim moment at which Kaeya’s Vision appeared.”

Answer: This is difficult to say since he is a devoted member of the Knights of Favonius, but he was initially sent to Mondstadt as a spy for Khaenri’ah. If a battle would take place between Khaenri’ah and Mondstadt, the side for which Kaeya would fight is a conflict that he faces when asked this question. However, even though he is the way he is, so far, he has not shown any ill intent towards Mondstadt, so we should not judge him until we have a reason.

Kaeya is a character that I love using and recommend for any player, old or new. He is very versatile since he can be placed in almost every DPS slot and does help make Cryo-based elemental reactions which help players ease through Freeze, Melt, Superconduct, Crystallize, and Swirl reactions.

Kaeya is very easy to use and requires only a tiny amount of time to get used to his rotations. He is one of the best 4* characters, even though he is not at the same level as Xingqiu or Bennett. For anyone that the Gacha system has not been kind to but needs a good Cryo character, I would recommend Kaeya.

Since he is a free character, he can be bought through Paimon’s Bargain shop during specific months and can also be obtained through the wish system; getting his constellations is pretty easy compared to most characters.