Genshin Impact began life within the world of gaming, convincing cynics that it was more than just a Breath of the Wild clone. Now in the light of the present day, it’s one of the highest-grossing games on the console and mobile market, offers some of the coolest open-world RPG moments within the medium of gaming, and despite being a Gacha game, it’s completely possible to enjoy this game without spending a penny. For all these reasons and more, we have created Genshin Chronicle.

The Genshin Chronicle team has collectively spent well over 7,000 hours in the world of Teyvat, not including the (possibly concerning) amount of time outside of the game consuming every piece of Genshin Impact content available. From YouTube and META builds to lore and merch, we have it all just about covered! It’s this love of all things Genshin that allows us to be your ideal guide through the world of Teyvat. Step aside, Paimon!

Our goal is to create a one-stop-shop for all the Genshin Impact players out there, providing all the tools you need to succeed within this game. We aim to offer an all-inclusive service that caters to not only the veteran players but also those that are brand new to the series. Seeing as this is a free-to-play adventure, players come and go rather regularly. However, with our guidance, we will ensure you stick around and have to confidence to play long-term.

Also, we aim to be a dynamic service that moves with the times and stays on-trend. Much like other live service games, Genshin Impact continually receives updates and new content. So we see it as our duty to report on the changes, let you know how that affects the overall game experience, and speculate about what will come to the game next. After all, we are barely halfway through our grand adventure in Genshin Impact, and with plenty more content on the way, we want to ensure everyone is equipped with everything they need to get the most out of their experience.

We offer a wealth of content here at Genshin Chronicles, with a ton of variety, so you never get bored when visiting. First and foremost, we offer in-depth guides that explain the mechanics of this game, break down characters and their abilities, introduce players to all the areas of Teyvat and provide walkthroughs to complete various quests. Anything you need to become a certified Genshin pro is here on the platform, so all you META-heads out there, look no further!

We also feature some opinion-based content, dipping our toes into the vast pool of lore that is available to us, as well as providing the best of the best in terms of available merch, streamers, and more! Whether you’re a die-hard Genshin lover or just a casual admirer, here we have something for everyone!

We believe at Genshin Chronicles that if we have the right people for the job in the right roles, the rest is second nature. Thankfully we do have these people, and it makes the operation run as smooth as silk. Our writing team has decades of gaming experience, years of experience writing, and an in-depth knowledge of the Genshin world. They have been playing since launch, mastered the Gacha system to get their money’s worth, and created the best battle parties to succeed, and they want to pass this wisdom on to you.

Let’s make one thing clear. We are not a Wiki page! Here we pride ourselves on being a blog led by Genshin experts with a genuine passion for the game. You won’t find any dry artifact or weapon recommendations here! Here you’ll get the knowledge from real people who have spent hours of trial-and-error building the best parties and character builds and obsessing over lore more than what is perhaps deemed normal. On hand experience is how we provide you with the best of the best!

Then we also have a dedicated team of editors in the wings who ensure that all of our outgoing content is fresh, factual, and looks the part, as well as a contributing editor who helps whip everything into shape.

Then we also have you, the fans. With the help of your feedback, suggestions, and overall support, we have been able to get to where we are today, and we still want to get better and grow from here. So if you have any tips for us or just want to remind us that Paimon is, in fact, emergency food, please reach out.

Here are the core values that we uphold here at Genshin Chronicles:

We think it’s about time that you met our team of talented individuals. These guys are separated by borders, cultures, and backgrounds but brought together through the wonderful, whimsical world of Genshin. So while they are miles apart, their passion keeps this team bonded, and this is what makes our content so special. We love our team, and we know you will too. So without further delay, here is our team at GC: 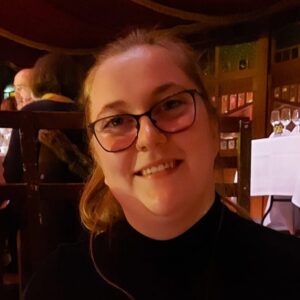 Beth is the Genshin Impact contributing editor and has played since launch. Despite a few breaks, she has always ended up gravitating back towards the game, and it always feels like putting on a pair of fluffy slippers when she does. Beth has recently graduated with a degree in Journalism and is now legally qualified to tell you that the best character in Genshin Impact is, in fact, Itto. Jokes aside, she is now spreading her wings into the world of gaming journalism, combining her passions of writing and gaming into one to help provide you with the content she wishes she had when first starting out playing video games. Outside of gaming, Beth is an incredibly crafty person, and has been knitting a blanket for over a year (no, it’s still not done, maybe a certain game is responsible for that), and gets perhaps overly invested in the British drama Call the Midwife… we swear she’s only in her 20’s! 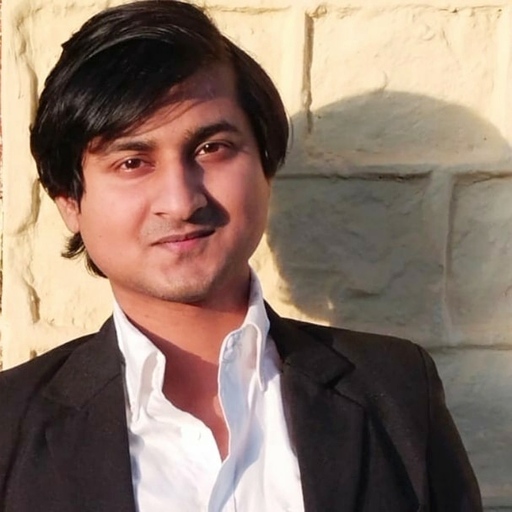 Himanshu is a passionate writer who loves to write about open-world games featuring anime style characters. He admits that his love for interesting anime stories and characters were a major reason he started playing Open world role playing games. Having played different Open world games in the past, now he prefers to play casual role playing games which feature beautiful sceneries and vast worlds to roam in. So Genshin Impact has naturally been a large part of Himanshu’s life for some time now!

Besides writing about his favourite games, Himanshu prefers to keep himself up-to-date with the latest happenings in the financial world. Fun fact, he loves to listen to music in different languages because he believes music has no boundaries and it should connect you to your soul. Recommending to cook while listening to music, Himanshu likes to watch anime and discuss it with friends and share arts related to it. Well, even he admits he can’t count how many things he does because he wants to try as many things as he can,

Rashen is a dedicated and passionate Genshin player turned writer who has used his love for this brilliant live service game as a means of turning his passion into a career. While not outspoken in nature, when let loose on a page, Rashen let’s his work speak for itself and when it comes to the world of Genshin, there are few players out there that can offer more detailed and informative articles than him. He’s poured literally thousands of hours into Genshin and explored every nook and cranny of Mondstadt, and he’s more than willing to pass this knowledge on to you, our faithful readers!

We hope your time here at Genshin Chronicles is an enjoyable and informative one. Be sure to check back regularly for more awesome Genshin content!