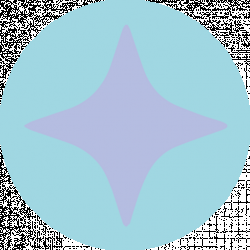 In this Sara Genshin Impact Guide, we’ll be breaking down the best uses for the Tengu General of the Kujou clan (Or as referred to by a certain Oni “Kujou Chicken”) in-depth, so you can lead in battle like the Tengu General herself!

Debuting alongside her excellency, the Electro Archon, Raiden Shogun, in the 2.1 update of Genshin Impact, Kujou Sara is best used a quick swap or burst support character alongside other characters of the electro element, but can easily be fitted into team compositions including other teams such as;

Kujou Sara is a niche character in terms of usability, but do let that dissuade you from building her up, or using her in your teams, because she is as disciplined and deadly on the battlefield as she is loyal to the Shogun.

When cast, Kujou Sara will teleport away from her previous position and gain a crow feather cover which will last up to 18 seconds before disappearing.

When using a fully charged aim-shot, Hitting an opponent or hitting any solid surface will cause the crow feather to appear for a short time before exploding, any allies caught in the AOE(Area of Effect) will receive a damage boost based on Kujou Sara’s base attack for 6 seconds.

Any enemies caught in the AOE will receive electro damage and generate up to 3-4 electro energy particles for your team.

When cast, Kujou Sara summons a lightning strike on the target.

After the first strike, it will split into Tengu Juurai: Storm cluster, splitting into four different directions, causing electro damage to any in the burst’s way. As well as providing the same attack bonus from her elemental skill to the active character hit by the burst or any of its subsequent strikes in the 4 different directions, for 6 seconds.

When Tengu Juurai grant characters ATK Bonuses or hits opponents, the CD of Tengu Stormcall is decreased by 1s.

This effect can be triggered once every 3s.

Unleashing Tengu Stormcall will leave a weaker Crow feather at Kujou Sara’s original position that will deal 30% of its original DMG.

Increases the Level of Subjugation: Koukou Sendou by 3.

The number of Tengu Juurai: Stormcluster released by Subjugation: Koukou Sendou is increased to 6.

Increases the Level of Tengu Stormcall by 3.

The Electro DMG of characters who have had their ATK increased by Tengu Juurai has its Crit DMG increased by 60%.

Note: It’s ideal to upgrade her talents to level 8 at most. More in detail will be covered in the Builds guide.

Now that we have covered the abilities, Material requirements, and general overview of the Tengu General, It’s time to move onto: Builds, teams, Gameplay, and more advanced tips and rotations!

Elements of a Good Build

Kujou Sara is centered around her elemental skill; Tengu Juurai: Ambush. Which is primarily designed to add a portion of Sara’s base attack(The attack stat unaffected by any sort of percentage boost, artifact stat, or sub-stat)

Thus, Kujou Sara’s Ideal weapons should focus on having a high base attack and a complimentary sub-stat to help her in the role you put her in.

A list of the most Viable weapons with good reason why is as follows:

By far the best in slot weapon for Kujou Sara, boasting the highest base attack 5-star bow in the game, it guarantees high damage boosts with your elemental skill and burst, but also high damage scaling due to the crit rate

Here’s everything you need to know about the Skyward Harp.

This bow is more ideal for Burst Support and elemental skill support Sara due to the Energy recharge Sub-stat, which greatly boosts the burst uptime due to the speed at which Kujou Sara recovers her own burst and can battery for her electro teammates.

While having a higher crit rate than the Skyward harp. The Polar star’s lower base attack and passive ability don’t fit too neatly together with Sara’s Kit and this weapon is best used on other characters that are more Hypercarry focused like Childe or Yoimiya.

The Amos’ Bow is probably the last weapon you want on Kujou Sara. It has a similar base attack to Polar Star, Thundering Pulse, and Elegy. This weapon has an Attack Sub-stat which isn’t Ideal for Kujou Sara, since her role is not of a main DPS or Hypercarry, this weapon is more suited for Childe, Yoimiya, and especially Ganyu, seeing as how the weapons passive, Makes it Ganyu’s best in slot weapon.

Here’s our complete guide with everything you need to know about the Amos Bow.

For those not as lucky, or more commonly not ready to whale or dolphin for the weapons, here are some Free to play friendly options:

Low Base ATK, High ER. Not ideal unless batterying(I.E. Using the Character’s skills to generate elemental particles for Elemental Bursts)

Is it desperation? Or are all of you good bows on other characters?

The artifacts listed are some of the best in slot for Kujou Sara, but it also dictates your play style with the character and her role in the party.

The 4 piece, Emblem of severed fate (EOSF) is arguably the best in slot for Burst support Kujou Sara, A free 20% energy recharge with the 2-Piece bonus, and the 4-Piece Bonus Allowing for up to 75% Increased Burst damage, depending on how high your Sara’s Energy Recharge stats are.

The 2-Pc Noblesse and 2-Pc Thundering Fury are runners-up due to the flat damage boost of 20% from the Noblesse and the 15% Electro Damage Bonus from the TF set.

This artifact combo is decent and effective but not as efficient as the other two are, with the only ATK +18% not increasing Sara’s burst or Skill damage as much as the previous sets would.

This set is a bit redundant with Kujou Sara since she already buffs her team with her skill and burst, and the flat 20% Burst damage is nice, but the 4-Piece Bonus, which provides +20% ATK of all party members, is again redundant due to Sara’s skill and burst already outperforming this 4-Piece set, The full 4-piece is better used on other supports.

This set is more centered around if you’re just starting the game and need some early artifacts to get you through. 12% increased Crit Rate and +20% Energy Recharge in the early game is a good start.

These Main stats should be the ones you are looking for when Equipping Kujou Sara, and the Crit rate/Crit DMG Circlet is for whichever one you lack most. Again try to keep a 1:2 ration with Crit rate and Crit DMG, Respectively.

As for Sub-stats, these are what you should prioritize:

Sara’s Damage buff allows her to be in almost any team with the right combinations.

Kokomi could be swapped out for Childe, as their Hydro application is intensely quick, But Kokomi seems like a better pick due to her increasing the team’s survivability. While Xinqiu activates Hydro resonance, Acts a Hydro battery and a Sub DPS.

Beidou and Sara work very well together, with Sara Being Able to help Battery Beidou to be a Burst Sub DPS while consistently dropping her Titian breaker for a quick damage boost.

Shred the Resistance(To Electro DMG) and show them the might of the Shogunate!

This team is mostly burst reliant, so good energy management is a must. Raiden would act as the burst Hypercarry Lisa to use her defense shred, Kazuha, along with the Viridescent Venerer set, for Electro resistance shred, and If Kujou Sara is C6 deploying her skill before swapping to Raiden to unleash her burst would guarantee a

Anemo and Electro, a dangerous combo

Activating both of Anemo and Electro Resonances allows for the Skill cooldown reduction, but not allowing for the electro resonance to shine since no reaction create electro particles during your Rotation. What it lacks in reaction damage, it makes up for in raw electro damage.

Using Raiden as a Burst DPS and Sara to boost her damage upon Burst, Kazuha, and or Sucrose to shred Elemental Resonance, and Sayu to Provide heals or Resonance if you’re missing a unit.

Physical destruction imminent with this party!

With a team centered around Physical Damage, Sara shines a lot here. With the Eula team, Eula as the Hyper carry, Beidou the electro applicator, Sara the buffer, and Diona for Shields and heals.

For the 4-star version, Razor as the Physical DMG Hypercarry, Kaeya and Rosaria as the Cryo applicators with their bursts, and Sara, Damage booster and Battery for Razor for increased Up-Time.

With this team comp, it’s very 5 star dependent, so it’s not as available most players. Have Raiden and Zhongli be burst damage supports while Albedo uses his skill and Sara using her buffs for their bursts and skills, this is useful for Albedo since his Burst scales off of ATK which Sara boosts with her skill.

The Crux and freinds(and one-time enemy) strike out!

General Tips and Other Advanced Advice

That about covers the Oni defeating, peacemaking, and loyal Tengu General, May the Electro Archon grace you in battle travelers, Till next time.