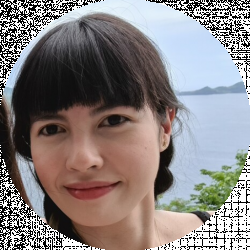 Charissa Fuentes
Reese is a true Genshin fan, but she's also an expert in all things merch. So if you are a collector that wants to give genshin some shelf space, then you will want Reese's help with picking the best of the best on the market!

Back in the day, my family frequently told me toys were strictly for children. And that their sole purpose is none other than entertaining kids. Now decades later, that sentiment is no longer valid. Genshin Impact fans of all ages are eager to surround themselves with as many Genshin Impact-related items as possible, especially toys.

But if you’re unsure what to buy, why not let this best Genshin Impact toys article lead the way? I’ve been in the toy collecting hobby for years, so I know a thing or a dozen about toys.

What kind of toy do you want? Inexpensive but cute? I’ve got it covered. Searching for one you can pose in all sorts of wacky positions? You’ll find it here. Stay tuned to discover the Genshin Impact toy that’s right for you.

My Number One Wish

The one toy in this guide I would buy in a heartbeat is the Ningguang 1/7 scale figure. Everything about it conveys Ningguang as a character, and the diorama it comes with is the icing on the cake!

I’ve been routinely looking at its photos for months now. Unfortunately, its hefty price tag is what deterred me from preordering it. But maybe you’ll have better luck with it or with the other items in this article.

Here’s a quick look at the best Genshin Impact toys you can get your hands on.

Components of a 5-Star Toy

Hardcore Genshin Impact fans will probably want to buy everything related to the game. It’s common for fans to feel this way when they learn their favorite game, show, or anime has merch they can get. However, I have something important to share as a collector before you check out any Genshin Impact item in your cart.

As a fan, it’s normal to feel an immense desire to purchase every Genshin Impact toy you see. Though if you don’t select items wisely, you’ll probably dispose of most of them after a while. Because only when the excitement over the new toys is gone will you realize if what you bought is indeed a good buy or not.

To avoid a lengthy trial and error process, the wisest thing to do is to target the cream of the crop at the get-go. But what makes a Genshin Impact toy the best in the first place?

These are the three crucial factors that led me to the high-quality Genshin Impact items:

I’ve held and scrutinized hundreds of toys since 2015 from my collection and others. The guidelines listed above are what helped me stop buying toys that only ended up as a waste of time and money once their novelty ran out. Following them should also put things in perspective for you, so you can better focus on only getting premium items.

Read also: How to Find the Best Genshin Impact Plushes.

Since prices are always important, I’ve arranged the toys from cheapest to most expensive. Additionally, only the Plush section will include fanmade Genshin Impact toys to avoid threading on illegal products because HoYoverse has strict licensing rules about plastic figures of all sizes. Hence, all the plastic toys that I’ll be talking about are officially licensed Genshin Impact products.

Not every Genshin Impact fan plans to start a shrine or display. Some may just want a souvenir type of toy they can take home—something tiny and adorable that they don’t have to feel guilty about buying.

The best toy to take home when this is what you want is the Genshin Impact Mondstadt Character Blind Box Figurine by HoYoverse. I suggest you get the whole set if you can, but if you just want one, it should be the Klee mini figure. It’s the cutest one from the Mondstadt collection and can go with you wherever you go.

Funko Pops are the best option for beginners who want to get into the toy collecting hobby. They’re the ideal entry-level figures due to their simple design and affordability. Among the Genshin Impact Pops that Funko has produced, the best one so far is the Lumine Pop.

Of course, the Aether and Paimon Pops are good, too – I even wanted to list down all three of them. But, the Lumine Pop has a more balanced color scheme, making it easier on the eyes than the rest. The figure’s dainty design, the colors, and the base complement each other seamlessly.

Plushies will never go out of style, no matter how young or old Genshin Impact fans are. And as someone who’s got a weakness for cute and soft things, I understand how irresistible these cuddly stuffed toys are.

Right now, the best plushie to bring the world of Teyvat into your bedroom is Rex Lapis’ large and furry exuvia. I love Zhongli’s human form, too. Who doesn’t? But it was during the Rite of Descension that I fully felt the fantasy element of Genshin Impact since the Geo Archon’s vessel appeared for the first time.

Moreover, it wasn’t just any form. It was a combination of a dragon and qilin – two of the most legendary creatures in Asian lores. How could the other plushies beat that?

If customizable plushies are more up your alley, then there’s no better toy than a Plush Doll. This toy offers the best features of dolls and plushies as it’s a soft and huggable toy that you can dress up in all sorts of clothes.

With over 25 Genshin Impact characters to choose from, I had difficulty deciding which one deserved the top spot. They’re all cute! The one that won me over, though, is the fanmade Zhongli Plush Doll by Plush Wonderland. It chibified Zhongli without making him feel out of character. I don’t think anybody could resist the Geo daddy with such a cutesy face.

One of my favorite toys to collect are Nendoroids. They got me into the toy collecting hobby almost a decade ago. The chibi-style figures allow fans like me, who love cutesy designs, to admire Genshin characters in their most adorable and lovable form.

So, selecting which of the available Genshin Impact Nendoroids to put here was an ordeal. I was conflicted between Aether and Lumine because their expressions and accessories were almost identical. So I went with the Nendoroid which was more faithful to the source material – Nendoroid Aether. This toy also offers more variety than the Lumine and Venti Nendoroids.

Additionally, getting a Nendoroid is an excellent way to test the waters, too, in case you’re considering getting into Genshin Impact scale figures. Because although Nendoroids don’t cost the same as a 1/7 figure, they’re more expensive than the other toys on this list. It’ll help you gauge your willingness to spend on toys in general.

Do you prefer action figures since they can do extreme poses? Perhaps a Figma is what you need. They’re small and highly detailed figures with the right body proportions of the characters. I have some Figmas myself and stand by their quality and design.

Since Max Factory has only recently started their Genshin Impact line, the only Figma up for grabs is the Mona Mirror Reflection of Doom Version. Fans of the astrologist will have loads of fun with this toy as it can do numerous poses that Nendoroids and static figures can’t.

Soon after I got into the toy collecting hobby, scale figures became the number one toy line for me. They’re breathtakingly gorgeous and precise replicas of the anime or game characters. All of the details present in the official illustrations are meticulously copied. Even the tiniest features, like nail polish or lip color, are duplicated to a tee.

And the Genshin Impact scale figure that captivated me the most is this lovely Ningguang 1/7. It should be evident from its layout and design why it’s at the top of the Genshin Impact figure list. Given how perfect it is from head to base, this is the figure you should buy if you have the budget to go all out on Genshin Impact toys.

What Newbie Toy Collectors Should Know

It’s so easy to buy Genshin Impact toys these days since there’s an abundance of them at malls, conventions, and online stores. Yet a lot of toys you see might be bootlegs with poor quality. Some sellers may even pass off counterfeit products as genuine to unwitting newbie collectors. Fanmade plushies are totally in the safe zone, though. Since they have HoYoverse’s blessings, you can go crazy with them.

The same can’t be said for plastic toys, however. As such, if you’re on a tight budget, buying a fake plastic toy or figure may be a reasonable option due to its lower price. But I highly suggest you skip the bootlegs if you can. Because not only do they break down quickly, they typically consist of inferior materials.

They also won’t have the same level of craftsmanship as officially made toys and thus won’t be as beautiful. I can’t even stand the Paimon 1/7 and Klee 1/7 bootleg figures. You can check out the big difference between authentic and fake figures, as they’re a dime a dozen on marketplace sites like eBay.

It’s better to buy an attractive and durable licensed toy since it will last a long time. You could even sell it later if you don’t like it anymore as long as you keep it in good condition. Meanwhile, the most common ending for fake toys is in the trash since they’re hard to sell and deteriorate quickly.

Question: How Many Scale Figures of Genshin Impact Characters Are Available?

Answer: Nine licensed Genshin Impact figures have been announced. Two are already available, four will come out in the latter part of 2022, and three more in 2023.

Answer: Many different companies are making Genshin Impact figures. The two most prolific ones are Chinese toy manufacturers Apex and miHoYo.

Question: How Many Genshin Impact Nendoroids Are There?

Answer: Good Smile Company has announced seven Genshin Impact Nendoroids for 2022. Only two are currently available, and five are still in production but will come out in 2023.

Words from a Long-Time Toy Collector

Toy collecting can be addictive. I’ve seen people spiral out of control, trying to get everything they want all at once. I was like that too, when I started the hobby and ordered one scale figure after another. Looking back, that’s a lesson I would’ve preferred to find out from the words of others than personal experience.

The wisest thing I learned when buying toys is to focus on only one toy line or stick to a strict budget. Having this type of limit should stop you from going overboard while still enjoying Genshin Impact toys. Besides that, it’s also important to know what you want to achieve with your collection. Want to make a shrine? A diorama? Or a fancy display cabinet? The choice is yours.

What matters is that having direction will help you reach your goal since you’ll have a theme you’ll want to follow. After all, you’ll be making your version of Teyvat. Why not do the best you can for your beloved primary team?